When most people sit down to write songs on guitar, they often get started with a single melody, a handful of chords or even a time signature.

These are common elements people use to write songs, but they aren’t the only ones.

You can write songs on guitar that sound great when you focus on other, frequently-overlooked musical elements, such as:

This element generally describes how loud or soft a particular part of a song is. You make your music stick out and sound high-quality when you understand how to write songs on guitar using dynamics as a primary focus.

Paying attention to this element creates a new layer to the music that makes it more expressive without changing the pitch or rhythm of the notes. Think of this almost like an element that is crucial for making your musical parts “pop” or stand out.

Here are two ways to write guitar songs by focusing on dynamics:

Guitarists often pick using the same amount of force all the time – especially when they only play with distortion.

Don't limit yourself to this approach.

Experiment with this concept in the following ways by picking through any guitar phrase using clean settings on your amp:

Notice how this totally adds a new dimension to the way the phrase sounds without adding any new notes!

Note: As an added benefit, this is also one of the best ways to train your hands to keep them synchronized - leading to faster and cleaner overall guitar playing: 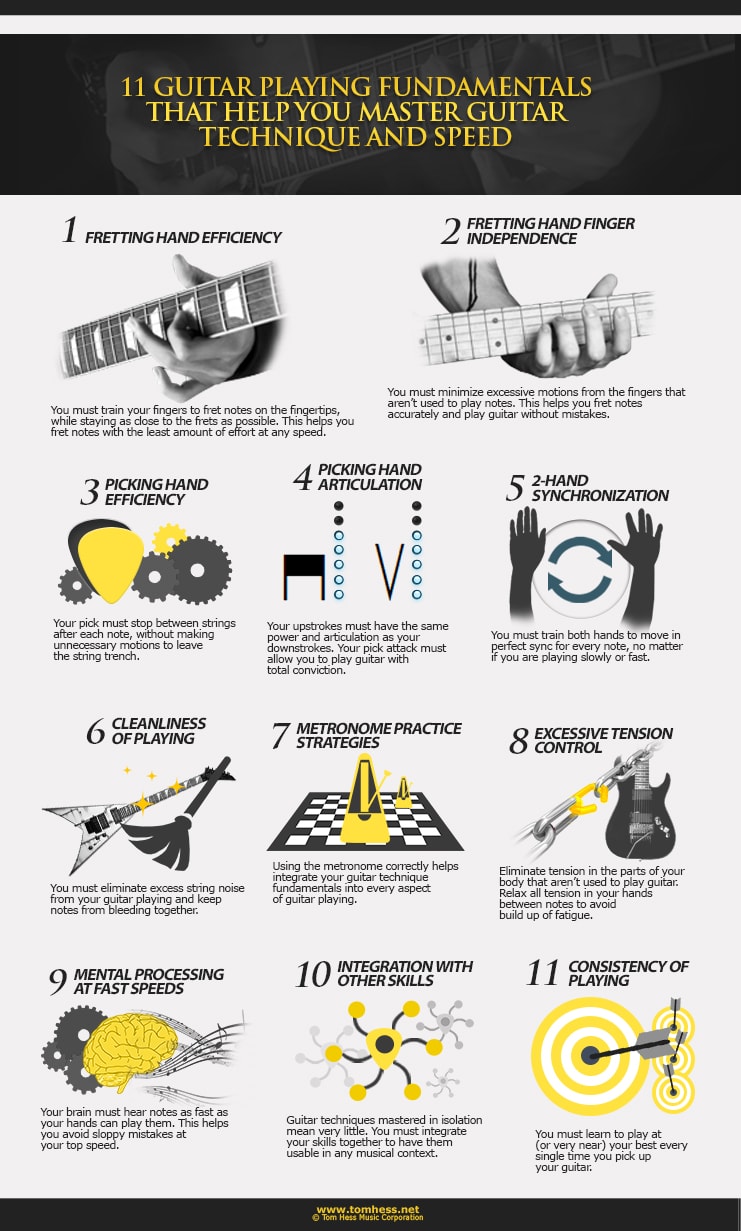 Use Palm Muting To Create The Illusion Of Dynamics With Distortion

While playing guitar with distortion, it is difficult to use dynamics in the same way as you would while playing on clean amp settings.

Palm muting gives you the power to create the effect of dynamics because muted notes are perceived as softer and less loud than open string notes.

Apply this concept as you write songs on guitar by first experimenting with any guitar phrase using palm muting on different notes in a similar fashion to what you did in the previous point.

Notice how this has a powerful effect on how loud or soft the notes seem to be. Sometimes, a great guitar phrase may simply be played with all palm muting then repeated with no muting to create a great effect without changing a single note.

Of course, this is just the tip of the iceberg when it comes to writing songs on guitar that sound good.

There are many more tips that help you quickly write songs that sound awesome. Learn some additional writing approaches to use in your music right now by checking out this songwriting article.