How To Improve Your Creativity On Guitar Using 3 Simple Tips

Learning creativity on guitar is something anyone can do…

Very few guitar players were born with natural talent, but anyone can playing guitar creatively when they work at it.

More good news – you can start playing guitar creatively a lot faster than you think.

There are many ways.

Here are 3 tips to get you started playing guitar more creatively than ever before:

Guitarists commonly learn a lot of skills and technique but fail to integrate them all together in a musical manner. This results in a lot of frustration as they are unable to play expressively with what they know.

Avoid this by working on being as creative as possible with just a handful of notes at once. 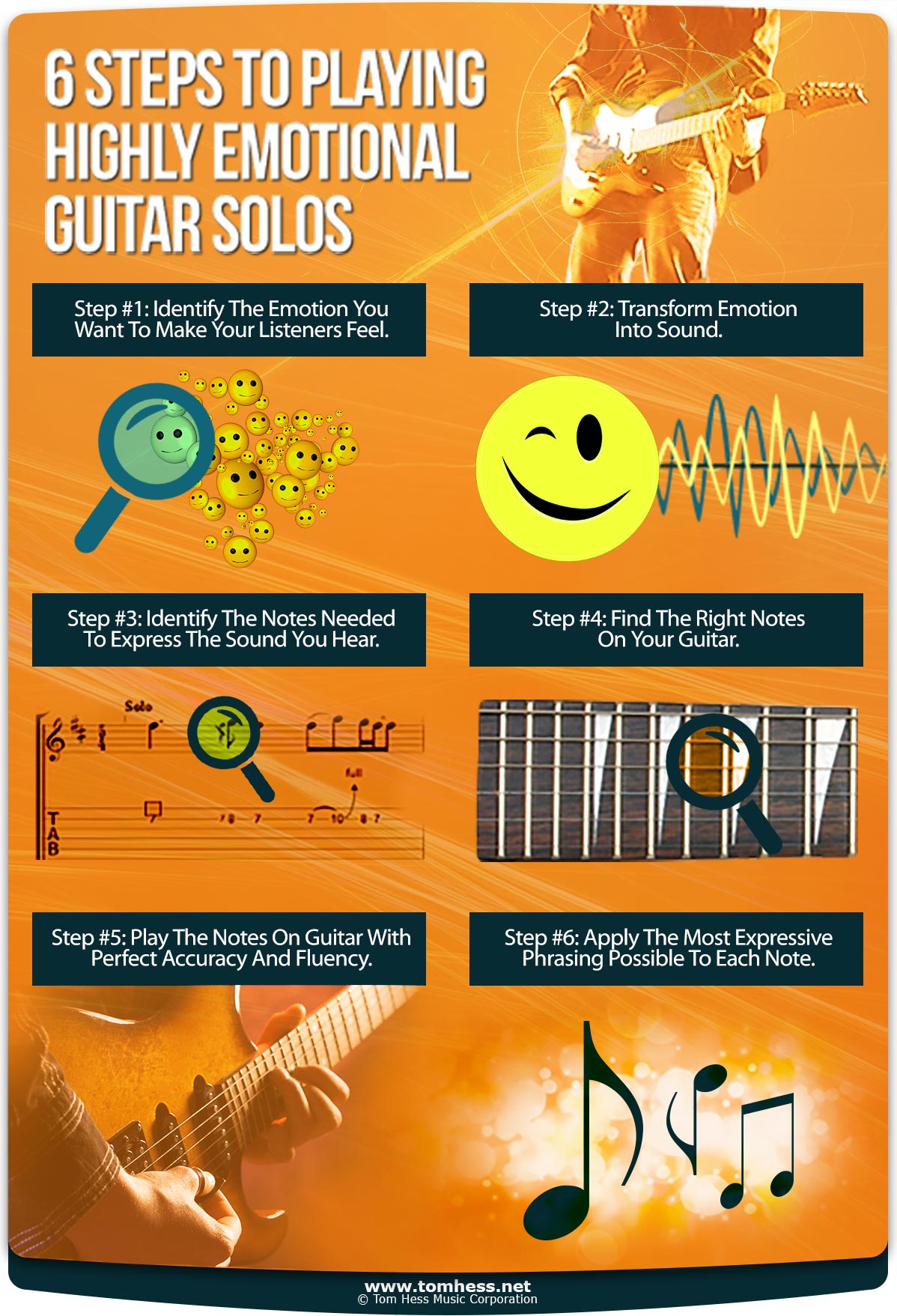 Play 2-3 notes of any guitar scale, arpeggio or pattern you know while integrating it together with any technique you can play, such as: vibrato, bends, harmonics, legato or speed picking.

Then add another note and repeat this process to start making everything you play more musically expressive.

Becoming creative on guitar isn't just about memorizing tons of licks or patterns. This is more likely to make you rely on these things rather than think of something on your own that is truly creative.

Choose any scale pattern you know and play it slowly, note-by-note above the home chord of the key. Pay attention to how each note feels compared to the other notes in the scale.

Over time, you will learn that certain scale degrees always feel the same.

For instance: the 7th note in a major scale always feels like it wants to be resolved. The 1st note in the scale, always feels resolved. This approach helps you start paying attention to musical tension and release.

As you gain a better understanding of musical tension, you learn how to create emotion in your guitar playing.

Guitar Playing Creativity Tip #3 – Use Theory In A Musical Way

Music theory isn't about learning dry concepts that have no effect on musical creativity.

This is what many guitarist falsely believe and it keeps them from truly becoming creative guitar players.

Instead, here are just a few important music theory ideas to use in your guitar playing to become more creative:

Practice integrating these simple concepts together with your current guitar skills to make them more musical and expressive.

Now you know some simple ways to play guitar creatively.

Want to learn a simple way to make your guitar playing sound creative and awesome? Check out this video on how to make power chords sound cool.