Getting to know potential band members personally is a critical part of the auditioning process (in addition to observing their musical skills). This helps you avoid the frustrating moments when a new band member doesn’t show up to rehearsal, is late for gigs or otherwise prioritizes other things over practice the band’s music.

You find the musicians who are loyal and committed to your band by subtly testing them over a series of several interviews/auditions.

Want to speed up the process and avoid wasting time on people who just won't work out no matter what?

First, make sure they are not sabotaging their music career: 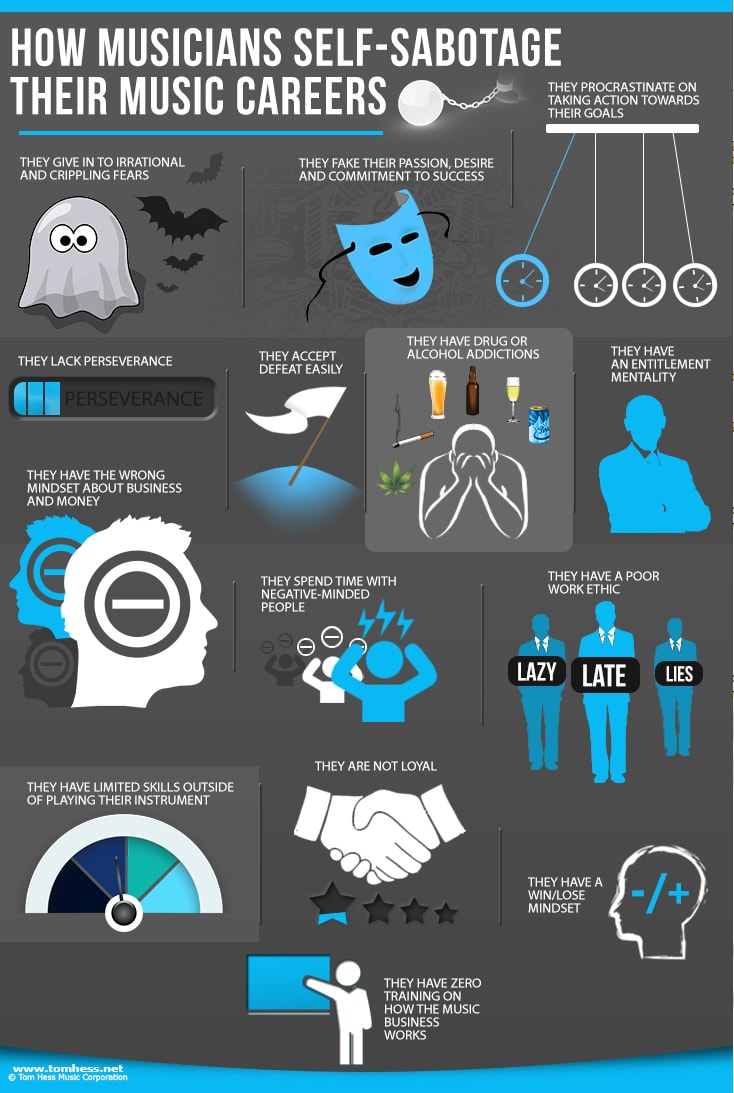 Next, take these actions:

Once you’ve had the chance to test your potential new bandmate, get together with your band and talk about it. When everyone is on board, you are set and ready to welcome your new bandmate into the group!

Learn more things to look for when selecting a new band member to ensure they are the right choice by reading this music career article.

Learn how to build a music career you’d be proud of.