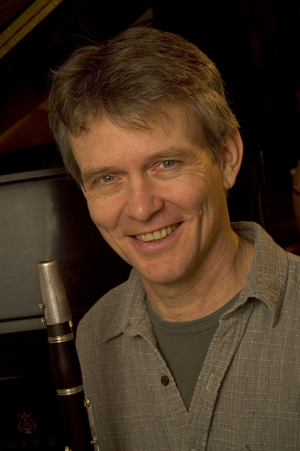 Dexter Payne is a musical traveler who brings his listeners with him on the journey; he invites us into the heart of the music. Voted among the top ten clarinetists in Downbeat Readers Polls in 2004 and 2006, Dexter lived and performed in 12 countries in Latin America, where he played and formed friendships with Thiago de Mello and the late Ruben Gonzales among others, recording in Brazil with Paulinho Tapajos and Beth Carvalho, as well as his solo debut with guitarist / composer, Antonio Mello, with organic percussion by Thiago de Mello.

He performed coast to coast with the Big Sky Mudflaps and with his partner/collaborator, the late Judy Roderick, with repeat appearances on the NBC Today Show and Garrison Keillor's Prairie Home Companion.  He has also toured, recorded and arranged for Afro-pop bands with Bola Abimbola, Mohamed Alidu, Moussa Konaté, Selassi Atiasi, Boubacar Diebate and with hip-hop latin jazz fusion project, Salem. Currently he is on the faculty of Naropa University, directing the Afro-pop Ensemble.

"Finally, a virtuoso musician who really hears the Brazilian whispers, and not just the carnival clamor."

Learn the music industry secrets that most musicians will never know.