Is it the type of pick you use? No (but this can be helpful... more below).

You pick faster on guitar by making your technique extremely efficient.

This is done by keeping your pick as close to the strings as possible while picking and in between strings while moving from one to the next. 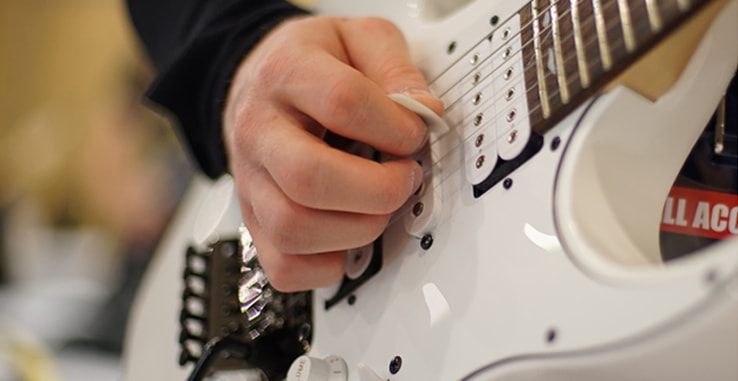 How does this help exactly?

By keeping your pick just a millimeter closer, it becomes MUCH easier to play faster.

Try this out for yourself by tremolo picking a single string.

Start slowly and focus on keeping your pick as close to the string as possible before and after attack.

Then speed up gradually and watch as your picking becomes more consistent... enabling faster speed!

Note: Use your wrist to pick when you are on a single string and use your forearm to move the pick from string to string.

Use a heavy pick instead of a thin pick so it cuts through the string with minimal resistance (this makes it even easier to play fast).

Want to learn more tips and shortcuts to use in your playing right now for faster and better technique? Learn them now by reading this guitar playing article.

Improve your guitar playing with rock guitar lessons on the internet.