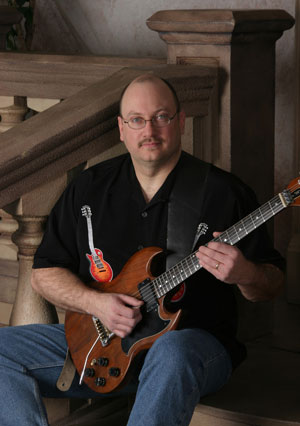 Paul started playing guitar seriously at the age of 14. He played lead guitar in a number of NY area regional bands in various genres.

He also wrote, played guitar, engineered, and released recordings with a couple of original projects.

Paul has several years of experience as a live sound and recording engineer and has played and mixed well over a thousand shows over the past 30 years.

This was released worldwide as part of a musical compilation together with other members of the Music Careers Mentoring Program.

With the release of this, he kicked off 2011 by returning to the stage as a member of the band Highline.

“Finding Tom Hess online completely transformed my life! By implementing the things I learned from Tom in the MCMP and EGTIC programs I was able to transition from a normal day job to becoming a self-employed musician and guitar teacher.”

Want to teach guitar for a living? Here is how to succeed as a guitar teacher.