She initially began playing the guitar when she was 12 years old and took part in a punk band with school mates as a teenager.

Upon graduating high school, Samantha joined the United States Air Force and took part in military bands. While serving in the USAF, Samantha began taking breakthrough guitar lessons online with Tom Hess to take her playing to the next level. At this time, she was also teaching in Portland, Oregon.

When Samantha learned of Tom Hess’s Elite Guitar Teacher’s Inner Circle program, she signed up right away to further her career as a guitar instructor and to also provide her students with the best education possible.

Since then, Samantha has been determined to be the best musician and instructor that she can be. 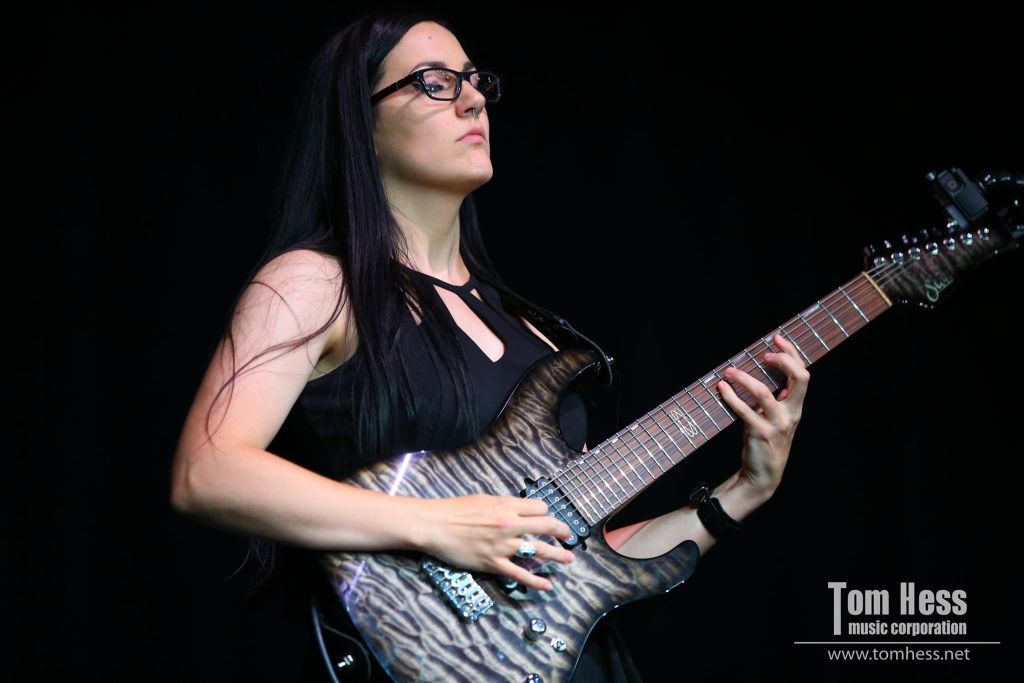 Samantha is still in the early stages of her career but professionally recorded a symphonic black metal album with fellow Tom Hess student, Ryan Mueller, in their band Vela Pulsar. In addition to this project, she has her own solo project called Soul of Thamasa and is also the lead guitarist for a Tucson cover band called Snatch Sabbath.

Outside of her music projects, Samantha pours herself into her teaching business in Tucson, AZ. Samantha’s biggest musical influences are: Steve Vai, Guthrie Govan, Jeff Loomis, Hizaki, Hideto Matsumoto, and Brian May.

Samantha is not the only guitar player to get better by working with Tom Hess.

You make major improvement in your guitar playing by taking lessons with an excellent guitar instructor who has already helped loads of other players achieve your exact same guitar playing goals.

What is it about working with a guitar teacher that makes improving remarkably easier than discovering everything by yourself?

There are actually numerous reasons why, but among the most essential is that a guitar instructor gets rid of all the guessing involved in becoming a much better guitar player.

Not exactly sure what to work on to get better?

Wondering why you are unable to play that one guitar lick the way you want?

Working with a killer guitar teacher is the solution!

You'll be glad you did too.

Because your guitar teacher is going to help you improve your skills in ways you simply never would've imagined by yourself (or found anywhere on the internet) because of their knowledge.

The longer you wait, the longer it takes to attain your musical goals and become the guitarist you wish to be.

Get big results in your guitar playing by studying guitar online.