Want to know the easiest way ever to increase your guitar speed, make your technique more efficient and learn to shred all over the guitar? No, you do NOT need to learn dozens of new guitar exercises or practice guitar for years to make this happen - it only takes a small adjustment to the way you play guitar right now. To use the most efficient picking technique for guitar, start following this very simple concept from now on when you practice your picking:
start building lightning
fast guitar picking speed

(…For playing all notes on the same string, keep using strict alternate picking).

The name for the above guitar technique is “directional picking” and it’s something I teach all my students to master and to help them quickly develop into killer shred guitar players. Most guitar players would (wrongly) call the technique above “economy picking”, despite the fact that this term is a name for a DIFFERENT technique that is NOT the same as what I described above (more on this below). The point is that from the 3 most common techniques for lead guitar (alternate picking, directional picking and economy picking), directional picking is by far the easiest to learn and master and build insane guitar speed with.

Here are 4 reasons why directional picking is the best picking technique for guitar speed: 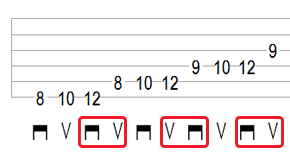 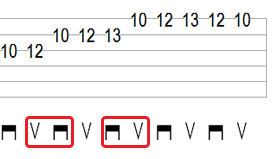 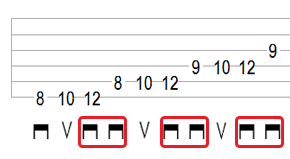 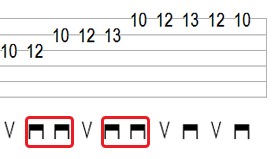 Note the red markings above that show two downstrokes in a row when changing strings with directional picking (a much more efficient way to pick), compared to alternate picking.

Note: in order to build ripping fast guitar speed with directional picking, you MUST learn to correctly perform string changes with 2 consecutive down (or up) strokes and avoid a very common mistake guitar players make when they first learn this style of picking. If you do it wrong (as most people do at first), your guitar picking speed will never reach its full potential. Watch the video below to see me explain this concept to one of my guitar students and learn how to correctly play directional picking:

Go here to watch the rest of the sweep picking video above.

On the other hand, practicing strict alternate picking does NOT transfer at all into improving your sweep picking (and practicing sweep picking does NOT help you make your alternate picking cleaner and faster). So you end up having to spend more overall practice time mastering each guitar technique separately - not a very efficient use of your time.

All of the above makes directional picking the IDEAL technique to practice when you have limited time to practice guitar and/or want to build fast guitar speed as quickly as possible.

Reason #3: Directional picking IMPROVES your accents and picking articulation…yes, you read this correctly

The above statement goes contrary to everything you see/hear on many guitar forums and YouTube videos. What you commonly hear is that alternate picking provides stronger accents due to downstrokes being naturally accented/louder and that directional (and economy) picking limit you to playing with weak articulation.

Here is some logic and common sense to show you why conventional wisdom is COMPLETELY wrong and why the truth is the exact opposite:

Directional picking is NOT a completely different picking technique and doesn't require you to learn completely new picking patterns or completely relearn the way you play guitar. The only adjustment you need to make in your guitar picking technique is what I described in the beginning of the article. With a bit of patience, you can integrate this change into your technique quickly and increase your guitar picking speed, while making your playing feel easier than ever before.

Unfortunately, even with all the logic in front of them, many people end up not taking advantage of this technique, due to several false rationalizations that hurt their guitar speed.

False Rationalization #1: "I want to master alternate picking first and then switch to directional picking". This argument is invalid because it makes ZERO sense to practice a guitar technique that is 1. Not as efficient and 2. you will have to unlearn/change later ANYWAY. I don't know about you, but I don't like wasting time learning things twice. It’s far easier and more time efficient to simply make the switch to directional picking - getting all of the advantages that exist in normal alternate picking, without any of its downsides.

False Rationalization #2: "My favorite guitar player uses strict alternate picking and plays guitar extremely fast and I want to pick just like him…therefore I will stick to alternate picking". If you think this way, remember that:

False Rationalization #3: "Directional picking makes string skipping/inside picking more difficult to play clean because the pick is more likely to hit the string that is being skipped." This argument is false for the same reason as the argument about directional picking having weaker articulation is false.

Directional picking doesn't make anything harder, it merely EXPOSES the weaknesses in your ability to play certain types of picking contexts. These contexts include repeatedly picking inside a pair of strings and playing certain types of string skipping that strict alternate pickers try to avoid. When you are exposed to your weaknesses, you have a choice - either you master them and become more free to play anything you want to play, OR you continue to avoid them and perpetuate the myth about directional picking allegedly making string skipping harder. :)

Incidentally, guitar students who learn directional picking from me, virtually never have problems with string skipping and inside picking that strict alternate pickers often struggle with.

False Rationalization #4: "Directional picking requires you to plan out picking patterns before playing them." If you are thinking this, then you are confusing "directional" picking with "economy" picking (a different type of guitar technique). Economy picking is a specialized technique that requires you to change strings with sweep picking motions ALL THE TIME - thus forcing you to plan how many notes per string you will play in each phrase.

False Rationalization #5: "Directional picking is only for shred/metal guitar players, it doesn't work for _______ style." FALSE. Just because directional picking makes it possible to easily build guitar speed, does NOT mean that it is for shred players only. Its most important advantage is that it makes it much easier and more efficient to play whatever music you want to play - a desirable skill for any guitar player, regardless of style :)

Now that you understand WHY it is to your great advantage to adapt directional picking into your guitar technique, I want to show you HOW to master it (as well as many other musical skills) to reach your guitar playing goals in the fastest, easiest and most direct way possible. Come to this online guitar lessons page now and tell me more about your guitar playing challenges and goals.

Learn how to become a better guitar player faster every time you practice.