How To Get Attention From Record Companies In The Music Industry 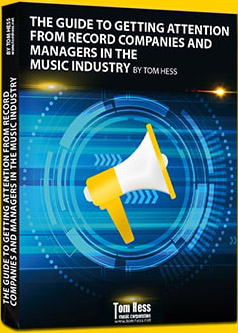 You worked your butt off to build a career in the music industry for the better part of a decade.

Your music career dream is about to come true.

A record company has offered you a record deal.

You look over the record deal and it looks good.

But right when you are about to sign it, you start to wonder:

“How do I know I'm not about to get ripped off by this record company?”

“Is this record deal some kind of a music industry trap?”

“Will this record company take advantage of me in my music career?”

… because in this music career article, I’ll show you the proven steps you can take to not only protect yourself from getting ripped off in a record deal…

… but also make it way more likely that you’ll get a record deal in the first place.

(And usually – get a record deal on terms most musicians can only dream about.)

How To Get Attention From Record Companies In The Music Industry

See Your Record Deal In A Proper Perspective

Here is what happens when you sign a record deal in your music career: 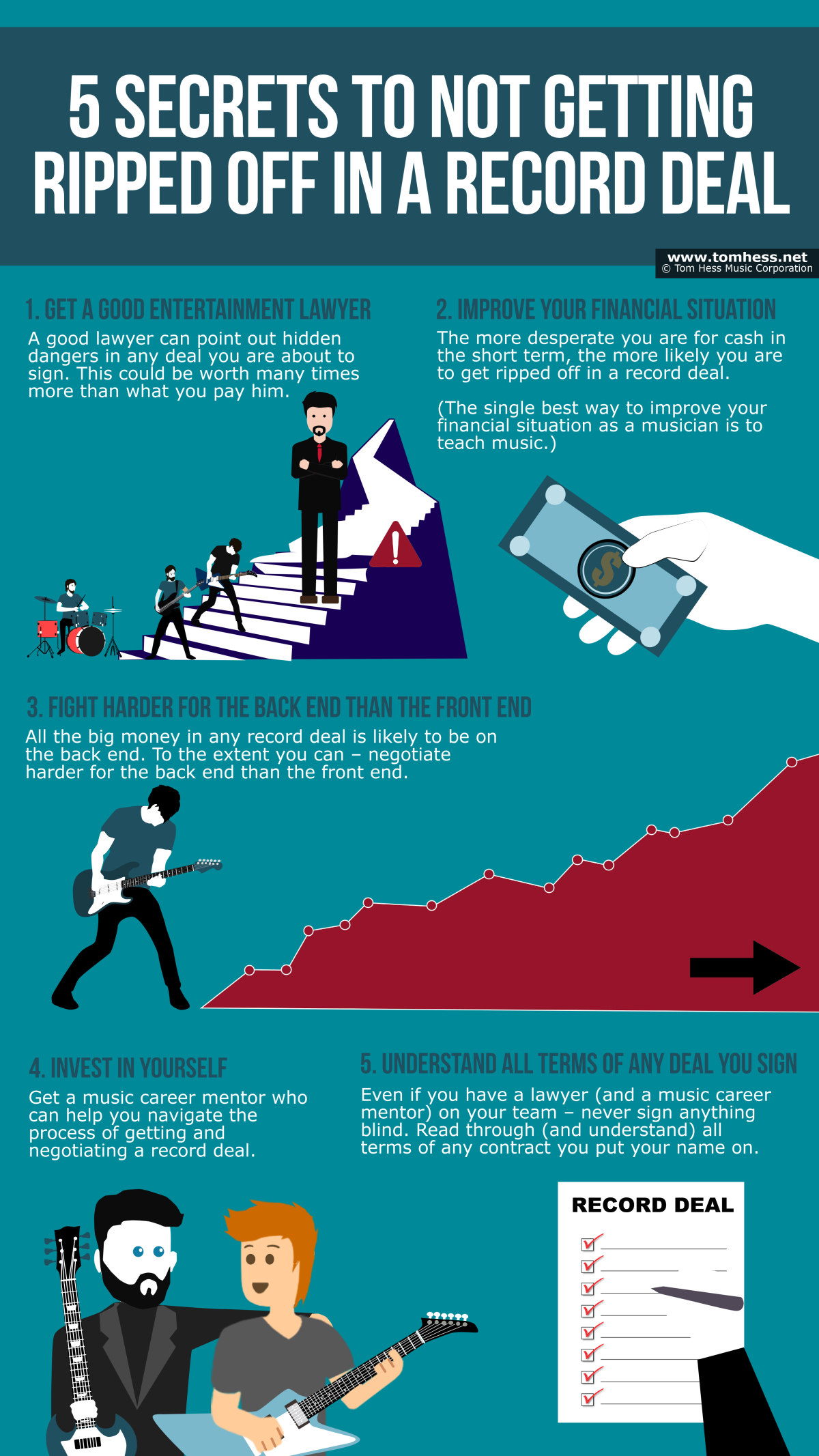 The record company will invest huge sums of money and resources into making your music career grow.

That’s why you wanted a record deal in the first place, right?

But a record company is not a charity. That’s why, in return for investing in your career - it hopes to recoup its investment with interest after your career takes off (with their help).

What this means is:

It’s (usually) not in a record company’s interest to rip you (or anyone else) off… because they are the ones taking all the risk by investing your music career.

The musician (you) usually has little or nothing to lose.

Unless you are a huge name, with a massive following and a big music industry catalogue (or have a lot of other music career assets)…

…there is little a record company *could* rip you off for, even if it wanted to.

Question: “But Tom Hess, if it’s rare for record companies to rip musicians off, why do so many musicians in the music industry fear this?

Answer: That’s because many musicians don’t understand how the music business works.

Some expect money, fame and music business success the moment they sign their record deal. And they consider themselves “ripped off” the moment they realize they still have to work just as hard (if not harder) to build their music career if they want to become famous & successful.

Many others don’t carefully read (or fully understand) all the terms of the record deal they are signing (more on this below). Then they feel “ripped off” when a record company asks them to do things they (the musicians) agreed to.

A few others look at extreme outlier cases where the record company did fail to honor its obligations under the record deal.

And they assume things like this happen all over the place in the music industry.

They don’t. And now you know why.

That said, anything is possible (there are sharks in any business – including the music industry)… so, let’s look at some practical steps for how to avoid getting ripped off in the music business.

… it becomes almost impossible to get ripped off by a record company in the music industry.

The problem is, you probably don’t spend your days reading, analyzing, negotiating on and asking questions about one record deal after another.

Entertainment lawyers do this all the time.

So, having a good entertainment lawyer in your corner as you are negotiating a record deal can be extremely helpful.

A great entertainment lawyer will help you go through your record deal with a fine-tooth comb.

This way you’ll be sure there are no nasty surprises waiting for you down the road in your music career (as you begin working with a record company).

When you need money in the short term, you will (almost) always lose in the long term.

This goes double for anything you do in the music business.

For one thing, the more the record company has to give you up front (example: a cash advance to help you pay your bills while you are working on your album)…

… the more you’ll have to pay back to the record company once your album starts selling.

And that means: the longer it’ll be before you start seeing real money from your record deal.

Plus, if a record company you are negotiating with is operating in bad faith, they will smell blood in the water. And that is the fastest way to get ripped off in a record deal.

Pro music industry tip: even if you are in need of short-term money, never let the record company know this!

Doing so is practically asking to be taken advantage of and ripped off in the record deal.

Music Business Tip #3: Ask To Get More On The Back End, Not The Front End.

And guess where the big money potential in the music industry is?

You guessed it… most of the big money (either for you or the record company) is likely to be on the back end.

So, to the extent that you can, you may find it in your best interest to fight harder for the back end, than the front end. 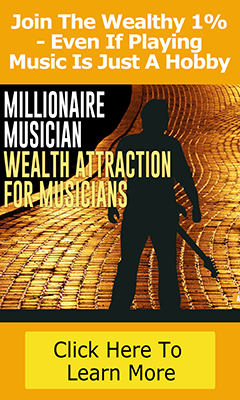 Here is why you should be teaching music, even if you want to be a performing musician in the music industry and not a music teacher:

Reason #1: When done correctly, this is the single best way to put yourself in a (very) stable and good financial position in the music industry. This means, when you’re negotiating with the record company in the music business - you start from a very strong position. And that means, you can negotiate a much better deal and prevent yourself from getting ripped off.

Reason #2: You already have almost all the skills you need to teach music well. Think about it. If you’re already building a career in the music industry, it means your musical skills are probably at an advanced level. That means, all you need to do is learn how to teach what you know to others.

(That is its own separate skillset – but it’s simple to learn. Especially with proper coaching on how to teach music.)

Music Business Tip #4: Invest In Yourself.

An obvious way to do this is to get a music career mentor.

A good mentor can help you navigate the entire process and prepare you to not only get the record deal but negotiate a good one, so you don’t get ripped off by the record company.

Your mentor should also be involved in meetings you have with your entertainment lawyer once you get that far.

And a good mentor should have a track record of helping other musicians successfully do the things you want to do.

(Like leave their day jobs to do music full time as a career, get record deals, tour the world and build multiple streams of music career income.)

For example, here are the results some of the musicians I’ve mentored have achieved.

Disclaimer: Yes, I know that the above looks like I'm just trying to promote my Music Careers Mentoring Program. But you don’t have to have mentoring under me. You can get mentoring from whomever you want. I'm just telling you to get it, because a great music career mentor is worth his weight in gold.

Do not assume the record company will not negotiate with you so that you can get better terms - even if they say they won’t negotiate.

It’s very common for virtually any terms of the deal is negotiable.

That said, be careful not to fatigue the company.

If you go back and forth and back and forth for months with no breakthrough on the deal, they may conclude that the time and effort involved in negotiating a record deal with you is no longer worth it.

So, as you negotiate, be efficient. Don’t waste their time by being inefficient.

… the next step is to learn how to build solid relationships in the music industry that help you get the opportunities that open doors for your music career.

And the first step for this is getting attention from a record company in the music business.

How do you do that?

I show you (for free) in my new free eGuide called: “How To Get Attention From Record Companies In the Music Industry.”