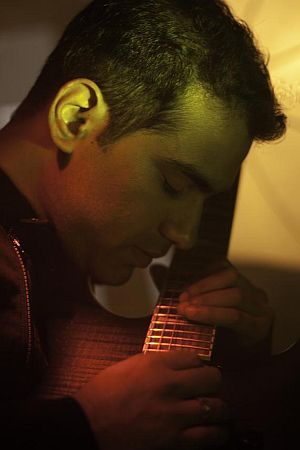 Jeet Samant is a guitarist, composer, arranger and producer based in Brisbane, Australia.

He has recently contributed a rocking ballad 'Before I Disappeared' to an exciting compilation CD 'Shrouded in Sound – New Guitar Music For A New Decade'.  The CD features compositions by 14 musicians from around the world.

Jeet is also working on writing more solo material and is involved in various collaboration projects with many musicians.

Memorable and appealing melody lines are at the core of Jeet’s music. Right from the very early days of music career, writing original compositions has always been Jeet's first priority and a distinguishing factor. Jeet’s music aims at blending energy with emotions and depicting the existence in its most sparkling form.

Get the greatest electric guitar online lessons for rock guitar.