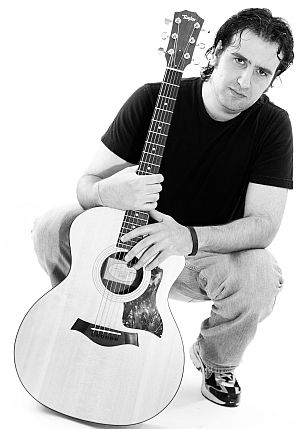 Jon has recently finished a single, “Pro Anti-War” for his latest compilation CD project “Songs of the Phoenix”.  Jon is also working on material for a solo album and is performing as a solo acoustic guitarist/singer in the local Scranton area.

Jon has played with local Scranton bands Bliss, The Chorba Brothers, The Brig, and Marshwood Road in venues such as Seacrets (Ocean City, MD), PNC Field (Moosic, PA), and The Scranton Hardware Bar (Scranton, PA) to maximum capacity crowds. Jon loves the stage, loves to perform, and gives 100% to make sure all in attendance feel the energy of his music.

Jon is also an accomplished sound engineer and guitar teacher. He has worked on recording projects with Jerad Lippi (Ever Forthright), Zhach Kelsch (Dive, Daydream on Auto Pilot), Denise Hudson, Jacob Vanko, Livid, and Black Kerouac, just to name a few.  In addition, Jon is passionate about teaching guitar and he provides high quality guitar instruction to Northeast PA residents of all ages.

Learn how easy it is to become a guitar teacher and make money teaching music lessons.