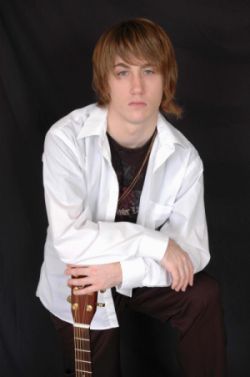 At age 12, Kole received a beat-up, dull red, 1970's generic electric guitar from his father and decided he wanted to learn how to play it. Originally inspired by bands like Metallica and Led Zeppelin, Kole started to form a foundation of rock and blues based music that eventually would dominate his playing and composing style.  During this time, Kole only thought of guitar and music in general as a hobby; although he always sat down for at least an hour every night and let his fingers wander the fretboard.  His life changed when he met virtuoso guitarist and instructor, Tom Hess. Since then, Kole has taken very large strides in improving himself musically and forwarding his career in the music industry.

As a testament to his progress, Kole has released  his debut album "Exile", has taught workshops in the Midwest including one at the Oakbrook Academy of Music and Art, has Co-Authored many different instructional products, has finished two full years of classical composition and guitar at the revered Jacobs School of Music at Indiana University, and is currently attending Musicians Institute.  Kole also submits regular lessons on composition to www.Ultimate-Guitar.tv


Endorsements:
How To Play Guitar Like You Always Wanted To

Wish you had better guitar skills than what you have now?

No matter what your musical goals are, working together with a teacher helps you reach them faster. An experienced guitar teacher already knows exactly what to do to take you from where you are now, to where you want to be as effective as possible.

This saves you tons of time and energy while making the whole process of learning much more fun and enjoyable.

Taking guitar lessons gives you access to:
Working with a guitar teacher is a no-brainer for your musical skills.

Get started taking lessons today and get better than ever at guitar, faster than you thought possible!


Achieve your musical goals by studying with the best rock guitar tutor online.