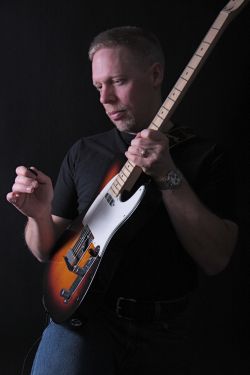 Denis P. Clément is a songwriter and musician from the Ottawa region, Canada.

He started on guitar at 16 and was quickly attracted in writing his own material.  He was the lead singer in various bands in Quebec during the mid 1990’s and had some success during that period.

Today Denis is developing his musical skills further with the help of Tom Hess and is preparing his debut album. His main influences are Folk, Pop and Rock.

Want To Make It In The Music Industry?

A lot of musicians try to grow music careers by themselves every year and end up failing – only to return to working a conventional job to make a living.

Why does this happen?

In general, musicians tend to think about how to make money, how to promote themselves, get their music heard, network, etc.

These things only really matter when you understand how successful musicians think and what they do with their knowledge to grow their careers. This is the thing that is missing from most amateur musicians mindsets and is why they end up back at their day jobs.

Where do you learn about this stuff?

Do you want to make it with a long term and stable music career?

The truth is that most musicians are unsure how to start a music career. If you are like these people, you have probably considered ideas such as trying to get signed to a record label, going on tour with a band, or how to sell a lot of records.

In reality, these things are all built on fundamental ideas that you must learn right now.

The reason that most musicians DO NOT make it with a successful music career is that they do not understand what needs to be in place first before they even consider general music career topics like those from above.

If you use the approach that most musicians take, you will end up blending in with the crowd, and most likely will not gain interest of important people in the music industry.

Having a music career mentor is one of the easiest ways to guarantee success in your career by understanding these subtle aspects of the music industry.

The reason why is simple: they already know how to achieve your musical goals because they have done it themselves or helped others to do the same.

Work with a mentor now, save yourself tons of wasted time and money.

Learn how to find work in the music industry.