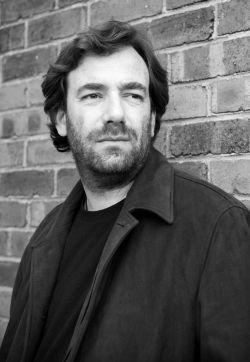 Ian has been playing and writing music for almost 20 years and has been an active part of the music scene in the South of England, opening for several national acts.

He has been involved in many projects both as a solo artist and as a band member with numerous independent record releases and has a film score to his credit. He has also performed an industry showcase at the Rock Garden, Covent Garden.

Ian is presently heading a new project, the SHADOWPLAY COLLECTIVE, in which he brings together a diverse group of musicians, DJ’s and poets to create vocal and instrumental music that fuses Contemporary Rock with Electronica, Classical Music and Psychedelia.

Formed in 2007 the SHADOWPLAY COLLECTIVE is currently producing music for local Television and work has begun on their first full length album.

Ian is a student of guitar virtuoso Tom Hess and is a member of the Tom Hess Music Careers Mentoring Program.


How To Become Successful In The Music Business

Ever wonder what it takes to get into the music business and turn it into your main source of income? Everyone wants to know how to:

There's a problem though:

Everyone wants to know these things, but few people want to know what thoughts, beliefs and actions hold you back from becoming the right person to do them!

Without this level of understanding, it becomes incredibly difficult to make it in this business.

Here are five things to avoid in order to make building a music career easier:

1. Don't take music career advice from those who are not already experts or can offer proof that they have made it themselves.

2.Dont believe that working in the music business is unstable. It’s actually very stable when you know how to do it.

3. Don't go to university for a degree in music unless it is 100% necessary for your personal musical goals.

4. Don't overlook the importance of growing a local following in addition to growing a fanbase online.

5. Don't rely on trial-and-error to guide your music career.

Building a music career all on your own is the biggest way to add risk and uncertainty into your life. The better solution is to work together with a music career mentor.

This gives you the expert experience, training and advice of someone who has already achieved everything you wanted to in this industry. Having this tool gives you the power to do what you want in your career without all the frustration and hard lessons.

Working together with a mentor helps you understand exactly what you need to do, say and have to become the right person in music for the biggest opportunities. This keeps you motivated every step of the way until you finally realize your dreams.

Ready to get started with an amazing music career?


Learn how to build a music career blueprint for working in the music industry.