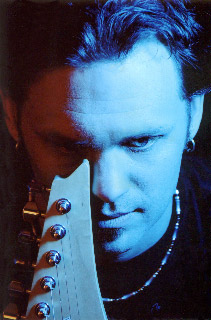 After graduating, Lee attended Malaspina College for one year where he studied Jazz Theory and Composition.

He moved to Vancouver after college and studied composition with music producer David Malecot of Malecot Music Enterprises. A year later, Lee began teaching guitar lessons and joined the metal band, Acropolis. The band was a great musical outlet. He was with this band for a year and enjoyed many great shows.

After Acropolis, Lee joined a band called Friday's Cry, toured Western Canada and recorded 5 albums. Shortly after moving to Alberta in 2002 he joined Da Capo, a jazz quartet and recorded one live CD.

A year passed and Lee moved on to form a heavy rock band called Critical Day. With this band, he enjoyed a host of great shows, which included opening for Jars Of Clay, Starfield and Riley Armstrong. He is also recording a self-titled EP.

Learn what it takes to have a successful music career.