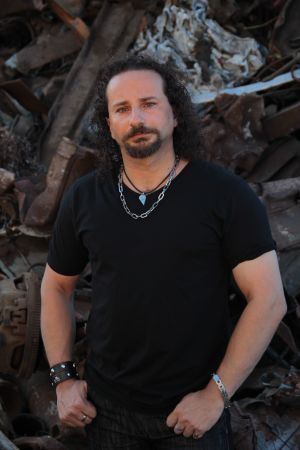 Aldo Chircop embraces his love of music from as many angles as possible. Coming from a family with a strong musical tradition, he started out learning classical piano. Later on, he fell in love with the electric guitar and rock music.

As a very eager self-taught guitarist, he drew inspiration from several sources, first from blues and classic rock and later on embracing heavier and more progressive styles which blend strong musicianship and compositions with prominent melodic and rhythmic elements.

In his quest to always improve, he became a student of Tom Hess, starting first with online guitar lessons, and later on also enlisting in Tom’s Music Careers Mentoring Program.

Aldo plays and writes for his power/progressive metal band Blind Saviour, currently working on the full length album ‘The Masterplan’. All guitars and keyboards on the album have been performed by Aldo. He has also written all the musical parts in almost every track.

He has also gained significant experience in studio techniques and music production.

One of the tracks from the album was selected for inclusion in the compilation album ‘Destination 12’.

Aldo would like to take the opportunity to thank Tom Hess for all the guidance and inspiration he provides. Tom Hess's input and example has been and will remain invaluable, as he embodies what a true pro should be like.

Learn how to succeed at teaching beginner guitar.